The photo shoots and interviews were conducted inside the Danish Immigration Museum over a four week period during October and November 2015.

The photographs were shot under natural ambient light with no studio lighting or other studio equipment used. This was to ensure a more casual and relaxed atmosphere.

The artistic concept for the photographs was to capture changing facial expressions and emotions during the interviews and to remove other distractions. The choice to use black and white and a consistent camera position and angle reinforced the concept.

The short stories extracted from the recorded interviews complement the photographs. 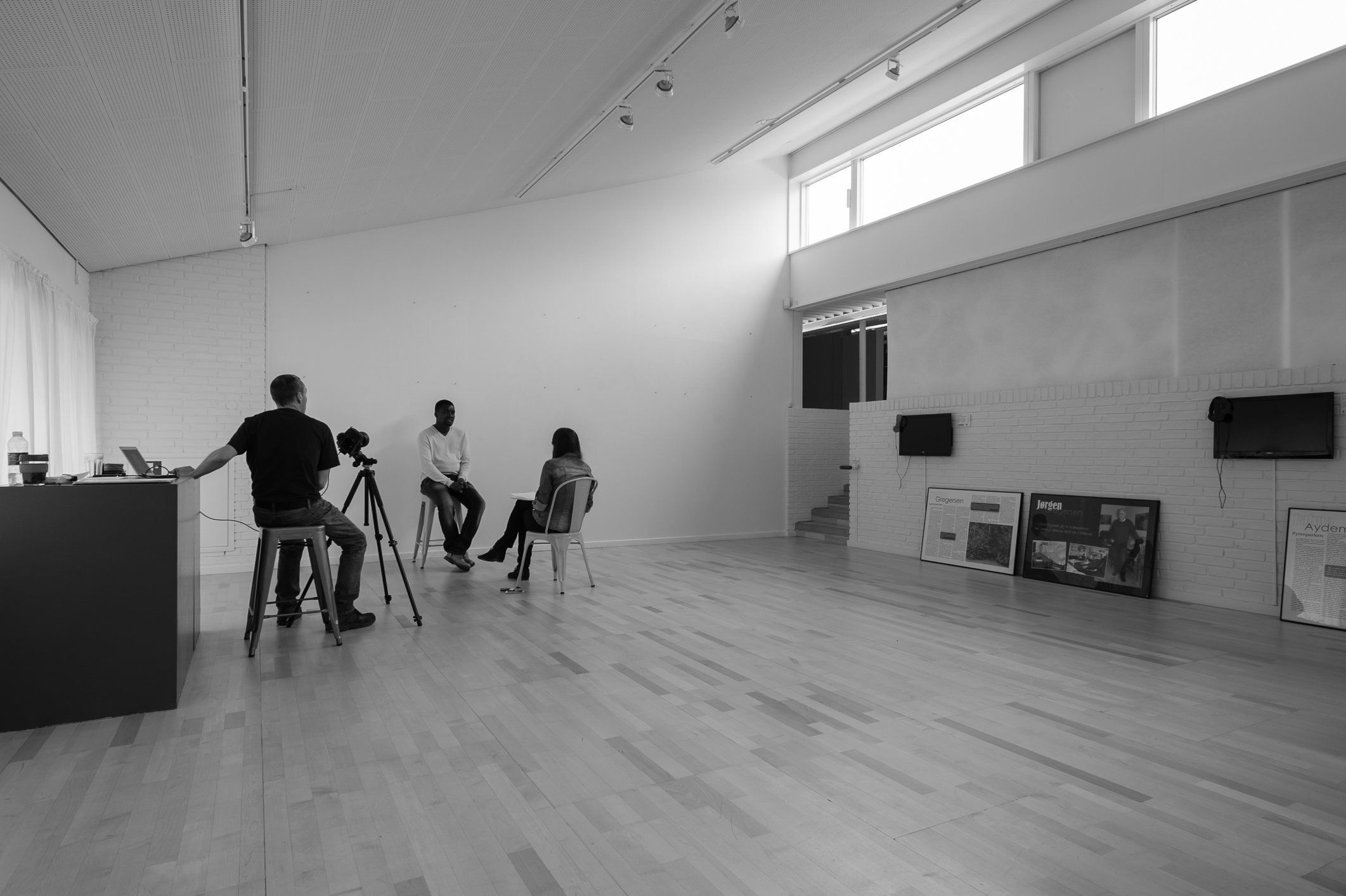